For over 60 years, NeoLife has recognized the fact that women are world-changers. While many industries have merely highlighted the issues facing women in the workplace such as the pay gap and underrepresentation in leadership roles, NeoLife has been empowering female entrepreneurs around the world with an equal opportunity.

NeoLife is the ideal business for any entrepreneur who wants to create an income and an impact, and women are no exception. In fact, here’s one reason why women might even have a competitive edge on their male counterparts:

Women are the principal shoppers in 72% of households, according to a recent report from Morgan Stanley. This means that women are often the doorway to better health for the whole family.

SOME OTHER FUN FACTS…
Women are earning bachelor’s degrees at a higher rate than men.
Women are the primary breadwinner for nearly 30% of married households and nearly 40% of total U.S. households.

Companies in the top quartile for gender diversity on their executive teams were 21% more likely to experience above-average profitability than companies in the fourth quartile, according to McKinsey’s “Delivering through diversity” report.

But there’s still a lot of progress that needs to happen:

Women are paid 23 cents less on every dollar as compared to men, according to the Bureau of Labor Statistics.

Hundreds of thousands of female entrepreneurs have launched their own NeoLife businesses, creating an income and an impact through this powerful platform and community. Female entrepreneurs will undoubtedly change the world, and we are proud to be a part of creating a better and equal future for generations to come. 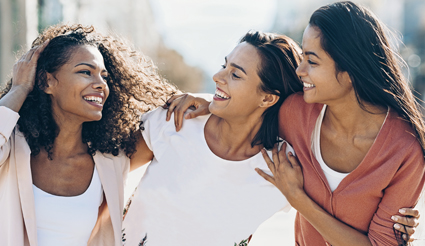 Start a NeoLife business and: